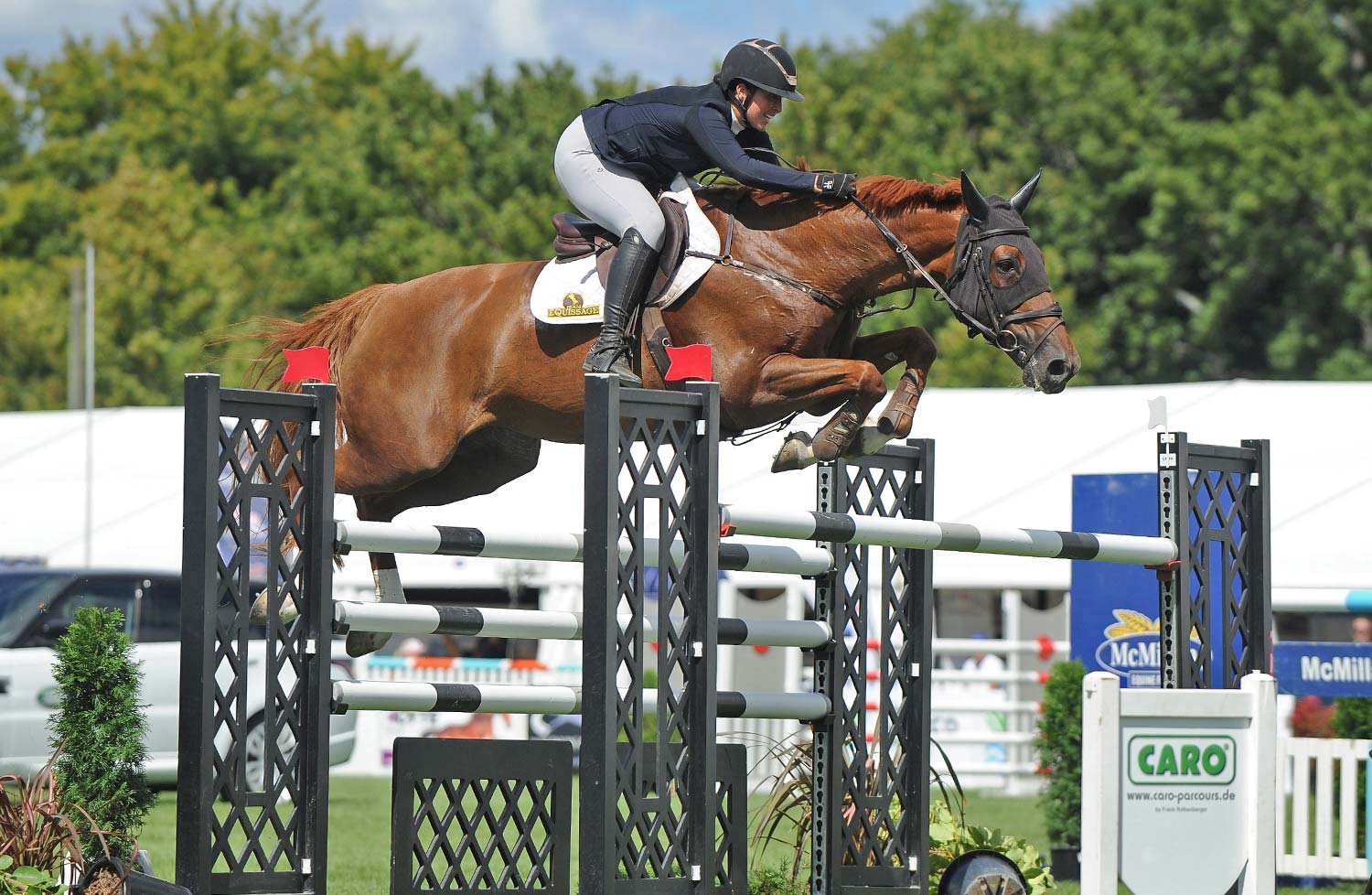 The first major class of Land Rover Horse of the Year 2020 got underway today in the Premier Arena with the IRT Horse 1.40m, which also incorporated both the Ultra-Mox Lady and Bayley’s Young Rider qualifier classes.

Course assistants were kept busy picking up fallen jumps and runaway umbrellas, as the wind caused a bit of havoc.

With 19 clears of the 53 competitors, just 13 opted to go through to the jump-off with many riders instead choosing to save their horses for the remainder of the week.

Tauranga show jumper Samantha Morrison and her chestnut mare Frangipanne De Toxandria took out the premier event, with both the fastest first round and clear jump-off. With a time of 50.33 seconds, narrowly beating former two time Lady Rider of the Year Lisa Coupe aboard Lotte with a time of 51.83. 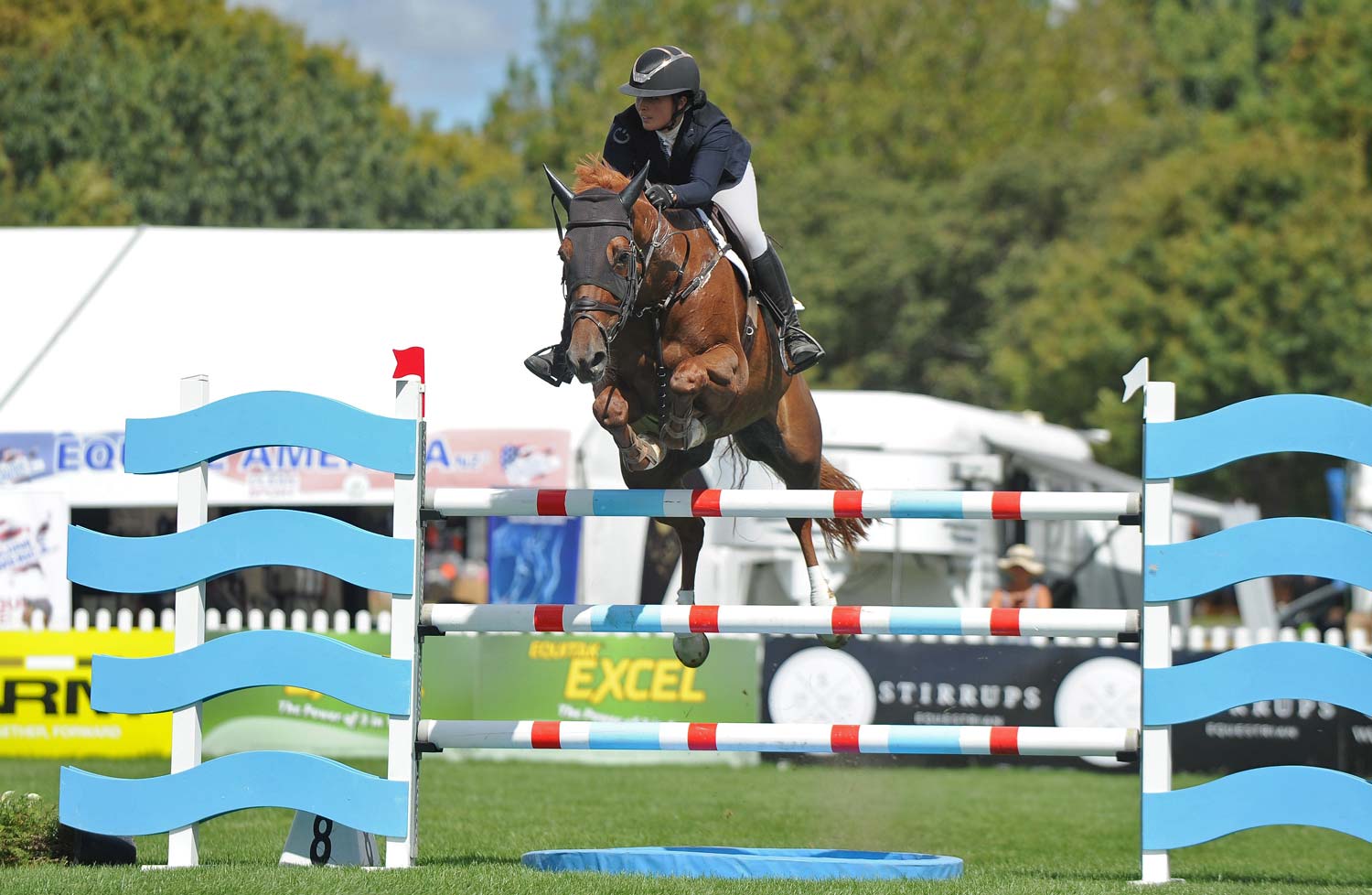 Todd Magner also had a speedy round with his thoroughbred clydesdale cross Awatuna Jonesy with a time of 50.28, but an unfortunate rail knocked them down to 5th and the fastest of the four faulters.

Thinking her career was over, during this time the mare had two embryo foals while Morrison moved to Australia with a team of show jumpers. Now Frangipanne DeToxandria has returned better than ever, this win following a second in the Takapoto Bronze Qualifier two weeks ago.

“It’s amazing, I’ve had a lot of people who have helped along the way.”

Imported as a six year old from Belgium and ridden by a number of different riders, Morrisson had only competed Frangipanne De Toxandria for a season and a half before the injury.

Morrison has only entered Frangipanne De Toxandria in the qualifier class and the Ultra-Mox Lady Rider of The Year final on Thursday. Having previously placed in the Lady Rider final class before, she is hoping this is her year to take home the title.

“When you have a horse who is so talented and loves her job you can deal with all the quirks.”

The annual Land Rover Horse of the Year, held at Showgrounds Hawke’s Bay Tomoana (March 10-15) has become not only an equestrian but an entertainment and shopping extravaganza, attracting in excess of 50,000 spectators over the week of competition.