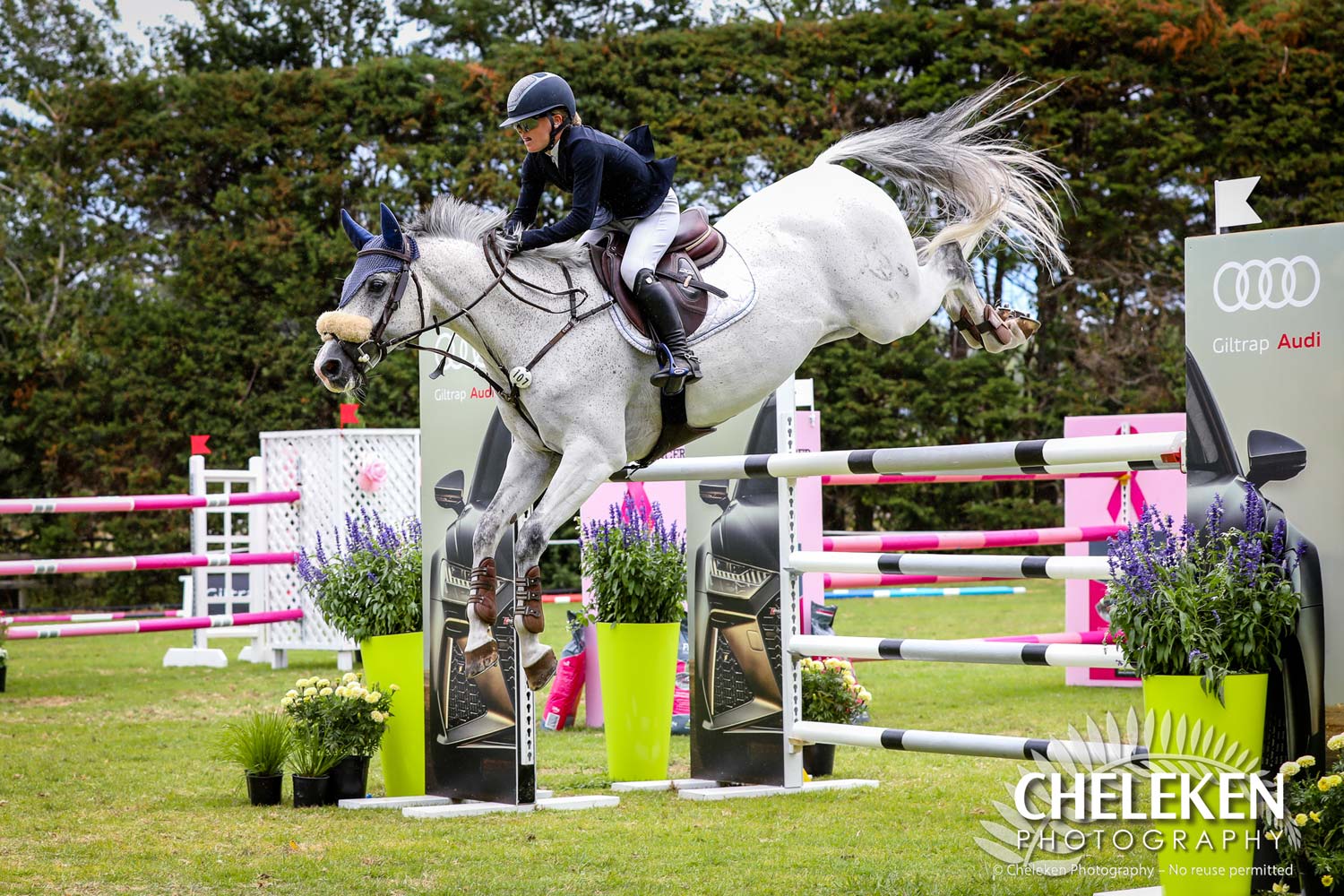 All roads head to Hawera this week for the Waikato Equine Vets 2021 North Island Championships Premier Show, with more than 500 horses expected to compete across three days.

At stake are North Island titles in both showjumping and show hunter. The big one for the showjumping is the POLi Payments Premier League Horse Grand Prix (sponsored by Waikato Equine Vets) which has attracted a classy 15-strong field spear-headed by the newly-crowned FEI World Cup New Zealand Series winner, Annabel Francis (Taupo) with both La Quinara and Carado GHP. However, she’ll certainly be pushed hard by the likes of Melody Matheson (Havelock North), who lines up with Cortaflex Graffiti MH on whom she placed third in the World Cup Series. Also on the card are Sarah West (Te Aroha) and Oaks Centurian who have had a pearler of a season so far, along with former Olympic Cup winners Briar Burnett-Grant (Taupo) aboard Fiber Fresh Veroana and Maurice Beatson (Dannevirke) with Central Park. Logan Massie (Dannevirke) is in on his new stallion Bravado Ego Z along with former Olympian Duncan McFarlane (Taupo), Nakeysha Lammers (Cambridge), Robert Steele (Dannevirke), Drew Carson (Putaruru), Bernard Denton (Feilding), Heloise Tolo (Wellington) and Isabella Harley (Wellington).

There’s a rush of talent in the Country TV and Jude Watt Memorial Pony Grand Prix title class with 20 combinations set to take on the Pip Howells-designed course. Dylan Bibby (Onga Onga) and Rylee Sheehan (Te Aroha) will both be looking to make the most of their last season on ponies but will face some serious competition from the likes of Georgie Wilson (Taupo), Madison Jackson (Pukekohe) and Annie Moffett (Hawke’s Bay).

There are also age group and rider title classes up for grabs but some of the bigger classes are non-championship ones. Danielle Watts will be setting the courses for ring two and Roger Bevege in ring three.

Organisers have been working hard to ensure the grounds are in tip-top condition at a venue that often garners high praise from riders. Competition gets underway on Friday morning at 8am.