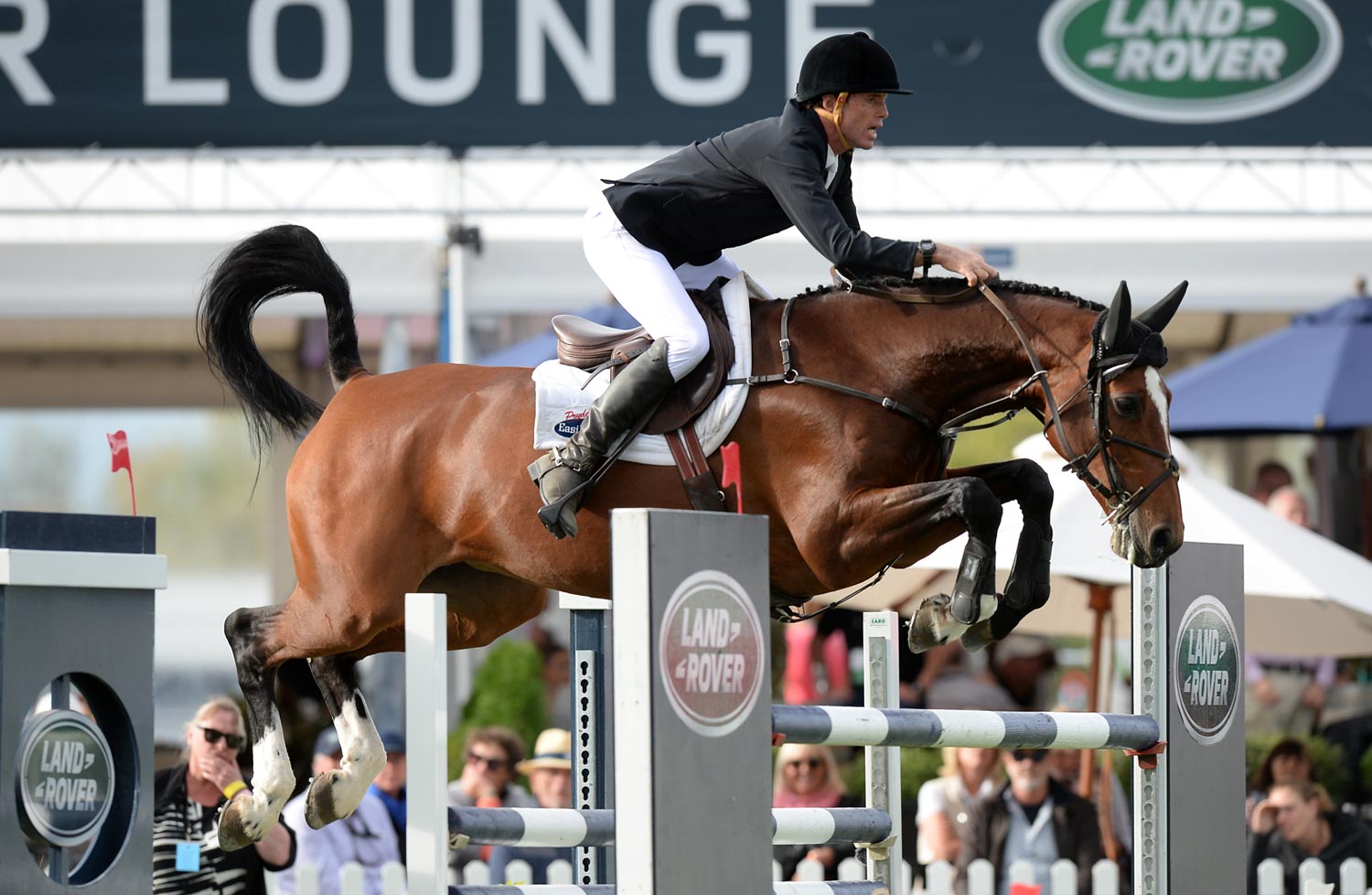 It has been a long time between drinks for Dannevirke’s Robert Steele, who nabbed the Cavallino Silver Fern Stakes in the Premier Arena on Friday aboard LT Holst Bernadette.

The farmer’s last Land Rover Horse of the Year title win was the Norwood Gold Cup in 2008, which he also won three years prior.

“It’s just been a show that’s been unlucky for me. It’s just one of those things you have to keep trying and one day it will happen.”

Steele and his 11 year old Holsteiner mare have been together for five years, but an unfortunate paddock injury meant they missed the majority of last season.

The testing 1.40-1.50m track meant just two of the 19 combinations jumped the first round clear, with the top 10 going through to the jump off.

Pocket rockets Annabelle Francis and Carado GHP gave it their best shot jumping clear for a time of 59.97, but it just wasn’t quick enough to catch the fast and clear Steel with 57.41.

“I thought it was a great track today to come out on top.”

“They are nice tracks, they take a bit of jumping but that’s what we’re here for.”