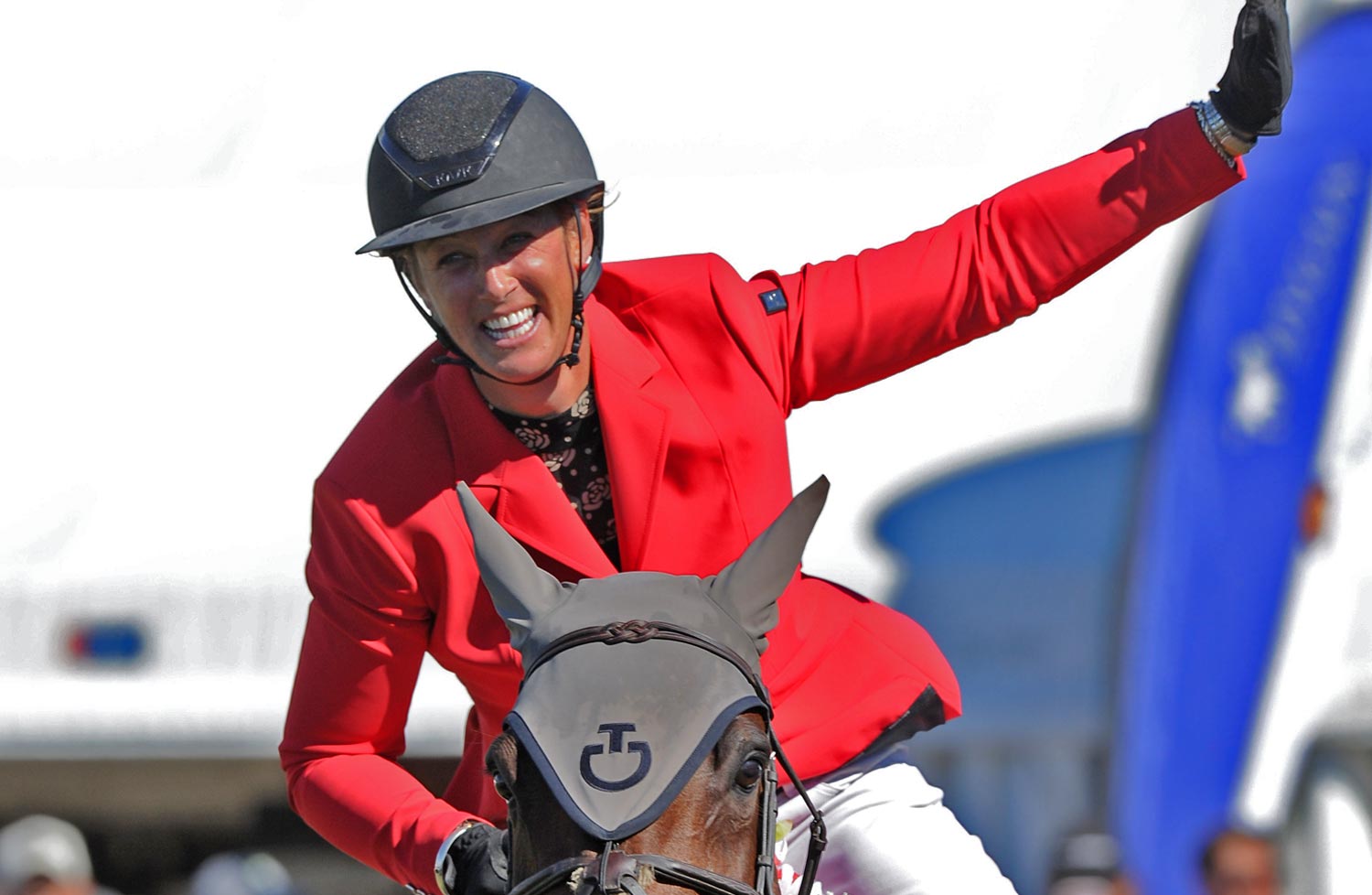 Waipukurau’s Brooke Edgecombe is celebrating the biggest win of her equestrian career after claiming Land Rover Horse of the Year’s most revered trophy, the prestigious Olympic Cup.

In what was the pinnacle event of the Land Rover Horse of the Year show, the Waipukurau show jumper aboard her 12 year old Holsteiner mare LT Holst Andrea jumped double clear into what would be a nail biting two horse jump off.

As the combination took to the ring for the third and final time, the pair had a couple of lives as the poles rolled back and forth in their cups, the packed out grandstand so quiet you could hear a pin drop. As she flew the last clear the crowd erupted and it was then up to Hastings local Melody Matheson riding Cortaflex Graffiti MH to apply the pressure.

But it wasn’t Matheson’s day, with heartbreak as the oxer in front of the grandstand came down and the winner was declared.

“It’s a huge boost. You sort of think of it in the back of your mind, always hoping, and thinking you can do it, and today it happened,” said an ecstatic Brooke Edgecombe.

Today was Edgecombe’s fourth attempt at the prestigious title and she confessed the encouraging words from her husband Oliver who won the title in 2007 were the very boost she needed.

“That’s probably been one of my biggest things throughout my whole riding career, I’ve never really thought I could do it. But today I actually believed I could.”

“She came out here, and she was probably a little mediocre as a young horse.”

Edgecombe confesses that at one stage she reluctantly took the ride on her.

“Halfway through her seven year old year, it was like the penny dropped.”

“She’s just gone from strength to strength and tries her absolute heart out.”

Amongst incredible company, the combination outshone in more ways than one, and they now have the infamous Stirrups Equestrian red show jacket and rug to prove it.

“I think our top riders and horses in New Zealand at the moment are really strong, and it’s great.”

Brooke dedicated her win to the support system around her, specifically renowned coach Jeff McVean, and Vicki Wilson’s equine therapy sessions throughout the week.

But she admits upcoming plans to head to Australia at the end of the New Zealand season are looking unstable given recent global concerns surrounding coronavirus. “Shows are cancelling left right and centre and it’s probably looking like it’s not going to be possible to do that.”

“We will just sit it out and see what happens.”