Alex Loiselle and Bandito NZPH triumph at HOY on Day 1 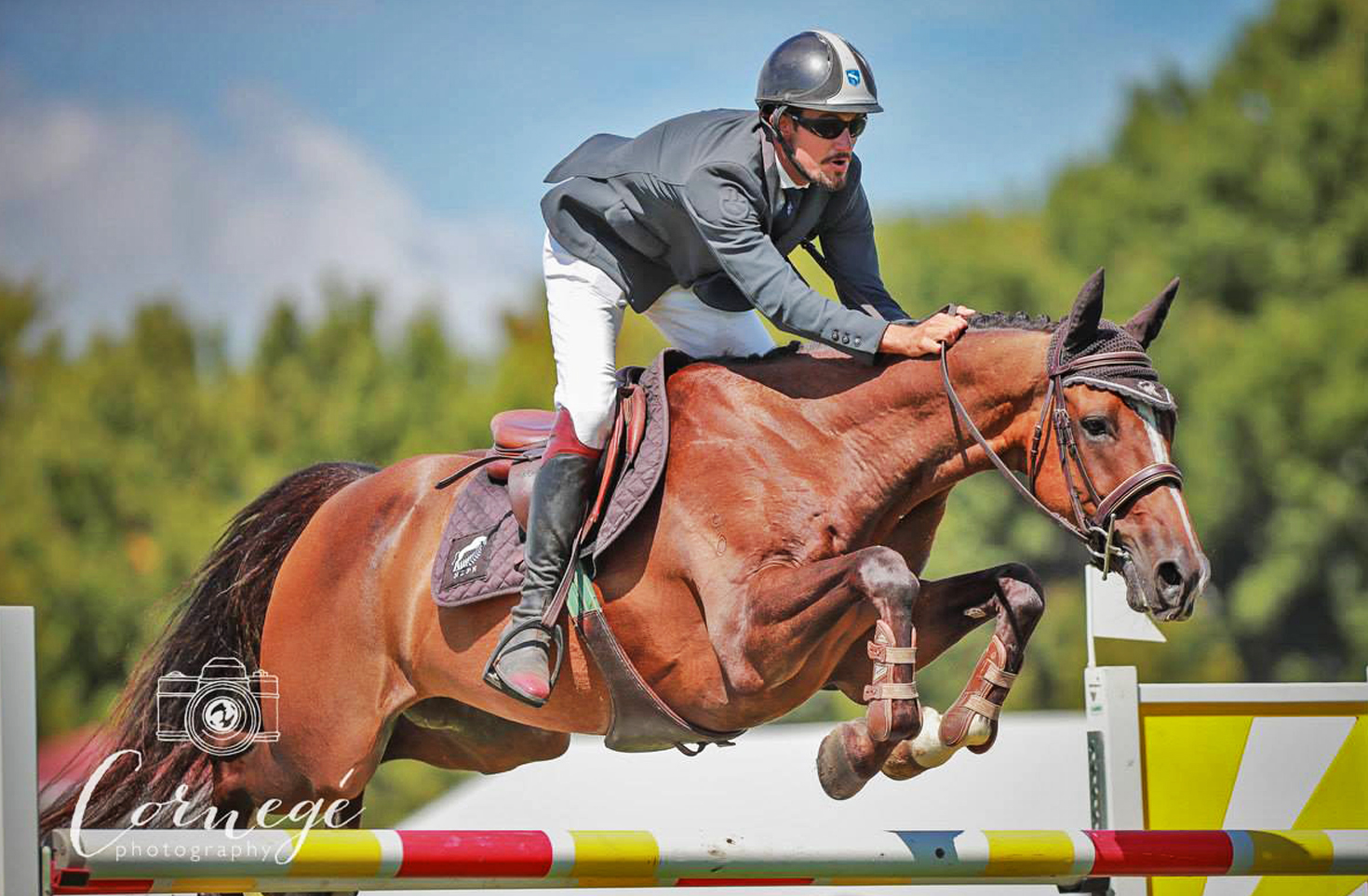 The Land Rover Horse of the Year (HOY) Championships opened in fine style in Hawkes Bay today. Held at the famous A&P Showgrounds, HOY encompasses a huge range of equine events for everyone to enjoy.

New Zealand Jumping will be looking at selected jumping events today and over each day of the competition through to Sunday when the programme culminates with the Horse of the Year Olympic Cup class.

Congratulations goes to all placegetters and especially Alex Loiselle and Bandito NZPH, who took out today’s main class, the 1.40m horse event, sponsored by IRT.

The major class held today was the IRT 1.40m class for horses. A total of 50 combinations were entered in near perfect jumping conditions. A tough course by German designer Werner Deeg was presented to the riders, with only seven combinations recording a clear first round, with the fastest of these by Laura Inkster and Oporaes Jackamoe in 75.69 seconds.

The reigning World Cup Series winning combination of Tegan Fitzsimon and Windermere Cappuccino, notified the judges that they would not take part in the jump-off, leaving six combinations to battle it out.

Jumping in the same order they went in the first round, Drew Carson and Winston V Driene were first out. Taking rails at the second and fifth, Carson decided that today was not going to be their day and with a tip of his helmet to the judges, duly withdrew from the jump-off.

Next was Julie Davey and Joligne De Carmel. They rode a very professional clear round, but with a time of 63.31, it looked like they had incurred a time penalty until the judges advised that the allowed time had been altered from 60 to 65 seconds. We had a leader, sitting on double clear. The pressure was now on the rest of the field.

After some great performances at Takapoto Estate Showjumping over the last couple of weeks, including first in the Silver Tour in Week 1 and second in the Silver Tour in Week 2, Emily Hayward and her 9-year-old gelding, Belischi HM would have approached the jump-off full of confidence. Sadly for them, they took the back rail of the oxer and with a time of 61.54, had to be content with second place for the time being. However with three still to come, it was going to be tough to hang on to that position.

Tegan Fitzsimon and Double J Monarch were next out, but a rail at the first of the double meant that Fitzsimon, who has swept all before her this season, could not win, although a fast time of 59.51 slotted them into second for now.

Second last out was Auckland rider Laura Inkster and Oporaus Jackamoe. Their chances of winning the class evaporated early with a rail at the second, however with the rest of the round clear and a fast time of 58.90 seconds, they slotted into second place with just one combination to go.

When Alex Loiselle and Bandito NZPH entered the arena, it was very clear what they had to do to win. A clear round would at least put them in second place. A clear round in less than 63.32 seconds, a very achievable time, would give them the win.

As the round went by, with the combination clearing everything before them, the crowd knew that this combination was in with a chance. They cleared the second last and then set off on the long run to the last. While all the combinations in the jump off had gone fast towards the last, this combination were different. They fairly galloped towards it, seemingly quicker than any combination before them. Only after clearing the last, and completing the course, was the reward for their bravery revealed. A clear round in just 57.29 meant that the class was theirs.

CLASS 3: Horse 1.30m
The top six placegetters in this class were:

CLASS 4: Aspiring Rider 1.25m
The top six placegetters in this class were:

CLASS 8: Pony 1.10m
The top six placegetters in this class were:

CLASS 9A: Pony 90cm
The top six placegetters in this class were:

CLASS 9B: Pony 90cm
The top six placegetters in this class were:

CLASS 10: Horse 1.10m
The top six placegetters in this class were: